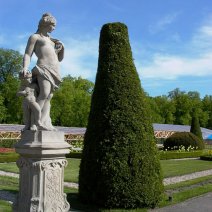 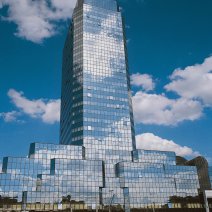 Arrival in Warsaw, a fast-growing metropolis with 2,5 million inhabitants and a fantastic nightlife. The Palace of Culture and Science, the tallest building in Warsaw located right in the city’s centre, was a “gift” from the former Soviet Union. From the terrance on the 30th floor enfolds a splendid, panoramic view of the city and its environs.

Breakfast and city sightseeing tour of Warsaw. The rebuilding of the Old Town after World War II was one of the biggest reconstruction projects in Europe. Therefore, the Old Town and the Royal Castle were placed on UNESCO’s World Cultural Heritage list. The Market Square is lined with burgher houses, exclusive restaurants and shops. Worth seeing are also: Gothic St John’s Cathedral and the Barbican. Along the Royal Route, visitors will find many old churches and palaces. In the afternoon, we suggest a visit to Wilanów Palace & Garden.

Free time for shopping and individual visits. Optionally, excursion to Żelazowa Wola to visit the birthplace of Frederic Chopin, one of the world’s most famous pianists. Should you prefer entertainment, we will arrange a trip to Łowicz, well-known for its folk art or to Łódź, the third biggest city in Poland, often called “Polish Manchester”.