Every year in Holy Week / Easter

Frederic Chopin is one of the most well-known Poles all over the world. This genius was born on February 22nd in Żelazowa Wola, about 55 km away from Warsaw. He took his first piano lessons at the age of six from his French father, who was married to a Polish girl. A few months after Frederic was born, the Chopin family moved to Warsaw. Soon he made first efforts at composition. While at university, Chopin began to give public performances; he played in the houses of Warsaw aristocracy and took part in charity concerts. As a sixteen-year-old Frederic began taking piano composition theory lessons with Józef Elsner at Warsaw School of Music. At the time, he was greatly influenced by folk songs and dances in the region of Mazovia. In October 1830, Frederic gave his last performance in Warsaw. On November 2nd 1830 he left Warsaw forever to Paris, where he died 1849, unhappy in love. 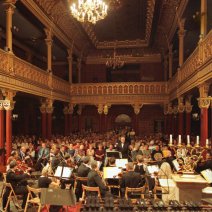 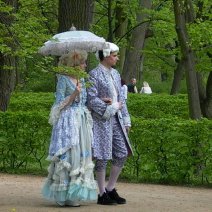 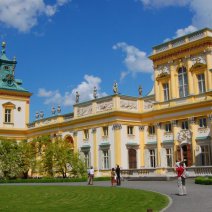 Arrival in Warsaw, a fast-growing metropolis with interesting monuments of architecture, more than 30 theatres, about 50 museums and a variety of art exhibitions. On request, we can arrange a welcome dinner in one of the Old Town restaurants. Overnight in Warsaw.

After breakfast, a city sightseeing tour of Warsaw including the Old Town, the only post-war reconstruction that has been included on UNESCO’s World Heritage List. The Barbican, which surrounds the Old Town, is a defensive construction with four corner turrets and was erected in 1548. You will visit the interiors of the Royal Castle, which is the prime monument of national history and culture. In the evening, visit to a concert on the occasion of the Beethoven Festival. Overnight in Warsaw.

Excursion to Żelazowa Wola and visit to the birthplace of the genius Frederic Chopin. The former manor house was beautifully settled in the middle of the park, where also three Chopin’s memorials can be admired. In the afternoon, free time for individual visits and shopping or a sightseeing tour of Wilanów Palace and Park, the summer residence of Polish kings. On request, we can organize an exclusive dinner in a palace/castle. In the evening, visit to a concert on the occasion of the Beethoven Festival. Overnight in Warsaw.