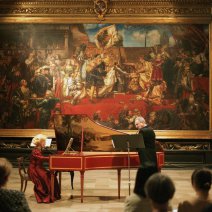 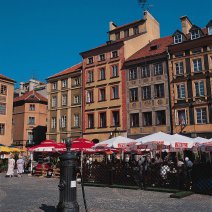 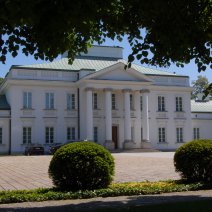 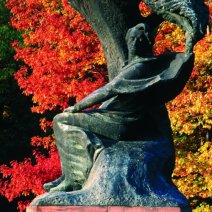 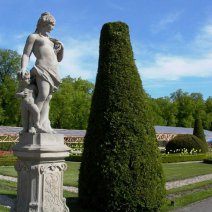 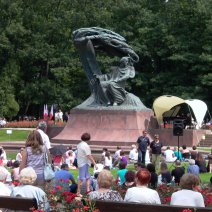 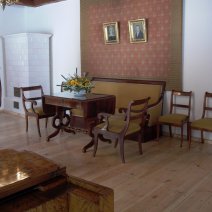 Arrival in Warsaw, Poland’s capital and the home of Frederic Chopin’s heart. We recommend a welcome dinner in the Old Town restaurant. Overnight in Warsaw.

City sightseeing tour of Warsaw in Chopin’s footsteps. First you visit the Royal Łazienki Park with the Chopin monument. One of Warsaw’s major roads is Krakowskie Przedmieście Street, which leads you straight to the Old Town. Here you visit the poor flat where Chopin lived for a couple of years. After that, visit to the Holly Cross Church, where Chopin’s heart is symbolically kept and the Ostrogski Palace, the seat of the Chopin society and Chopin museum. In the afternoon, excursion to Żelazowa Wola, the birthplace of Frederic Chopin,where museum in his family house has been arranged. Drive to Brochów and visit to a Renaissance basilica,where Frederic Chopin was baptised. Overnight in Warsaw.

You leave Warsaw and drive to Szafarnia in the Kujavia and Pomerania Region to visit Frederic Chopin’s Centre. In the former palace of Dziewanowski’s family, Chopin stayed twice during the summer holidays. Visit to Chopin’s museum and a walk through a historical park, surrounding the palace. Drive to Torun, via Golub Dobrzyn, where you can admire the castle of the Teutonic Knights from the 14th century. After arriving in Toruń, a city sightseeing tour incl. the Old Town, which has been added to UNESCO’s World Cultural Heritage List. Founded in 1233 by the Teutonic Knights, the city has the greatest wealth of gothic architecture in Poland. Other monuments include the statue of Copernicus, city walls and gates and the Crooked Tower. Overnight in Toruń.

After breakfast, drive to Poznań. En route short stop in Gniezno, Poland’s first capital and the cradle of the Polish state. Gniezno’s cathedral with the precious pair of the 12th century bronze doors is definitely worth a visit. The city sightseeing tour of Poznań incl. the Old Town Square with the renaissance town hall, which houses the Museum of Musical Instruments. Overnight in Poznań.

You leave Poznań and drive to Duszniki Zdrój, where Chopin Music Festival is held every year in August. En route, a city sightseeing tour of Wrocław, city of one hundred bridges and European Capital of Culture 2016. The Old Town Square was set up in the 13th century and is surrounded by colourful burgher houses. The sightseeing tour includes also the gothic Town Hall, Wrocław university with its marvellous baroque Aula Leopoldina, Ostrów Tumski Island with gothic Cathedral of St John the Baptist and the Centenary Hall, placed on UNESCO’ World Heritage List. Drive through the region of Lower Silesia to Duszniki Zdrój. Overnight in Duszniki Zdrój.

The small town of Duszniki Zdrój is well-known for its spas and V.I.P. guests. Here, Frederic Chopin spent some time with his Polish mother. The Frederic Chopin Spa Theatre, in which he gave concerts in 1826, was built with a group of three other buildings around the spa park. Today, a lot of piano concerts, theatre performances and other musical events take place here. Every year in August, the International  Chopin Music Festival is held in Duszniki Zdrój to commemorate the charity recitals of Frederic Chopin in 1826, and gathers the greatest Polish pianists as well as famous artists from all over the world. Worth a visit is also a unique paper mill from 17th century, which is still in operation and produces hand-made paper according to old technology. In the afternoon, free time for individual visits in the Kłodzko Valley. Overnight in Duszniki Zdrój.

After breakfast, you drive to Kłodzko, well-known for its huge stronghold with underground corridors, a well-preserved Old Town complex with a miniature replica of Charles’ Bridge in Prague. The next stop is in Antonin to visit the Hunting Palace belonging to Prince Antoni Radziwił, a wooden four-storey building, where Frederic Chopin stayed twice in 1827 and 1829. In the palace, there is Chopin’s chamber, exhibiting some of his mementos. Drive to Kalisz, Poland’s oldest town. Overnight in Kalisz.

After breakfast, drive back to Warsaw. In the evening, the highlight of the tour – an exclusive Chopin piano concert in one of Warsaw’s palaces, organized especially for your group including a glass of champagne. Overnight in Warsaw.