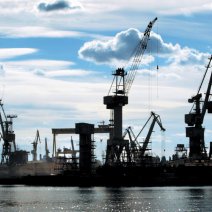 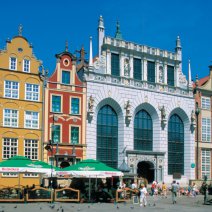 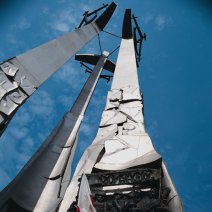 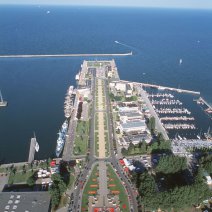 Arrival to the a thousand-year old Gdańsk. There has always been a tight link between the history of Gdańsk and the world history: the cannonade on Westerplatte in 1939 began World War II and the appearance of the Worker’s Union Solidarity in the Lenin’s Shipyard in 1980 marked the beginning of the end of communism in Central-Eastern Europe.

The sightseeing tour of the historical Old Town with the Long Street and and Long Market with richly ornamented old housed and historical buildings, the Artus Court, the Neptun Fountain - a symbol of Gdańsk and Gdańsk Crane, the biggest medieval port crane in Europe. Visit to Gdańsk Shipyards, the cradle of independent labour union „Solidarity“ formed by Lech Wałęsa in September 1980. This social movement received international attention, spreading anticommunist ideas and inspiring political action through the rest of the communist block and began the fall of communism in Central and Eastern Europe. The Monument to the Fallen Shipyard Workers was erected in memory of the workers killed in December riots of 1970. In the afternoon free time for individual visits. Overnight in Gdańsk.

Breakfast and visit to the exhibition „Road to Freedom“, presenting the history of Polish Peoples’ Republic in the period 1956-1989, photos, slides, archive films and original recordings from that time. You will see the famous wooden boards with 21 demands issued by the Interfactory Strike Committee in August 1980, which led to creation of Solidarity - the first independent trades union within the communist block. In 2003, the Twenty-One Demands were placed on UNESCO’s World List of Documentary Heritage called “Memory of the World”, as a testimony to a turning point that completely changed the history of Poland and Europe. Drive through “Zaspa” residential area of block houses where once Lech Walesa lived to the gothic Oliwa Cathedral, famous for its massive, splendid organ. Visit  to adjacent seaside spa of Sopot with Europe’s longest wooden pier and the port city of Gdynia. Overnight in Gdańsk.