UNESCO, United Nations Educational, Scientific and Cultural Organization, was founded in 1945. The organization seeks to encourage the identification, protection and preservation of cultural and natural heritage around the world, considered to be of outstanding value to humanity. This is embodied in an international treaty called the “Convention concerning the Protection of the World Cultural and Natural Heritage“, adopted by UNESCO in 1972. Cultural heritage refers to monuments, groups of buildings and properties of historical, aesthetic, archaeological, scientific, ethnological or anthropological value. Natural heritage refers to outstanding physical, biological and geological formations, habitats of threatened species of animals and plants and areas of scientific conservation or aesthetic value. The first Polish building was entered on the World Heritage List in 1976. During this journey, you will discover the most impressing Polish objects in the southern part of our country that are listed and protected by UNESCO. 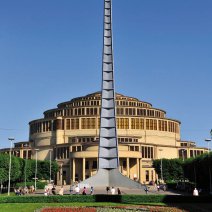 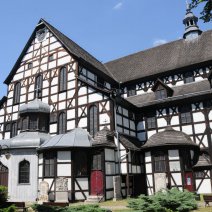 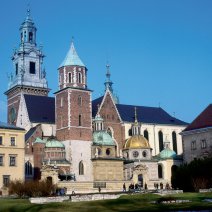 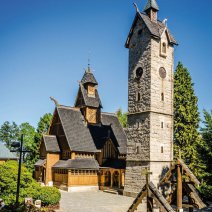 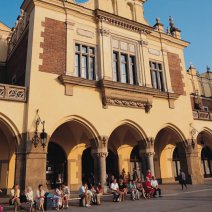 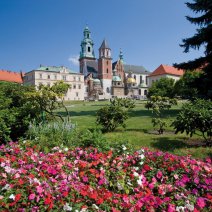 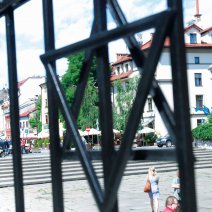 Arrival in Cracow and hotel check in. Dinner can be arranged at a restaurant on the Market Square. Overnight in Cracow.

A city sightseeing tour of Cracow incl. St Mary’s Church. The Old Town is surrounded by Planty, a four-kilometer long stretch of greenery created in place of the former defensive walls. Measuring 200 x 200 meters, the Main Square constitutes the heart of Cracow. In the middle stands the Cloth Halls, founded in the place of the earlier 13th century building that burnt down during a fire in 1555. In the eastern section of the Market Square, two uneven spires of St Mary’s Church dominate the skyline. Its main altar was carved in lime-wood by a famous sculptor Veit Stoss. At noon, a visit to the Wawel Castle and Cathedral can be booked optionally. In the afternoon, you will visit the Wieliczka salt mine (13th century) on the outskirts of Cracow. The length of its shafts and tunnels totals 350 kilometers. Besides, there are about 2000 underground excavating chambers. The salt mine, still in operation, has been included on UNESCO’s World Heritage List. Overnight in Cracow.

Visit to Auschwitz-Birkenau, which bears a poignant testimony to the enormity of Nazi crimes. This memorial site has also been added to UNESCO’s World Heritage List. Between 1940-1945 it was the location of a concentration and later an extermination camp. By January 1945, around 2 million people had been killed here. The camp was designed to be an organized death factory. On leaving the camp, the SS blew up parts of the facilities. The barracks, once crammed with prisoners, the torture and execution sites and the rail-tracks leading straight to the camp, remained on place to stand witness to this appalling cruelty. Afterwards, you will watch a film made by the Soviet troops during the camps liberation. Drive to Silesia and Overnight in Wrocław.

A city sightseeing tour. Wrocław is an excellent example of a multicultural metropolis situated at the interface of ethnically diverse areas. The main university building is 181 meters long. A visit to it its assembly hall Aula Leopoldina, one of the most beautiful Baroque halls in Poland, can be booked optionally. The double-spire of St John’s Cathedral was created in the 13th and 14th centuries and was the first Gothic temple on Polish land. The People’s Hall ”Hala Ludowa“ is a huge hall built in 1913 to host an exhibition celebrating the centenary of Battle of Lipsk and was entered on UNESCO List of World Heritage. 65 meters and 23 meters tall, the hall is an audacious piece of engineering even by present standards. In the evening, we suggest dinner at a restaurant in the Old Town. Overnight in Wrocław.

During today’s excursion, you will admire the highlights of the Karkonosze Range & Mountains. The Church of Peace in Świdnica is one of the largest timber-framed religious buildings in Europe and entered on UNESCO’s World Heritage List. The church is under the invocation of the Holy Trinity and was built in the mid 17th century. In Karpacz, overlooked by dignified Mt Sniezka (1602 m above sea level) and picturesquely tucked away in the stark hilly scenery, the stave Wang Church is to be found. Its oriental-like name, together with its unusual structure, have given many tourists the impression that they were facing a Chinese pagoda or a Hindu temple. After that, a chair-lift ride to Mt Śnieżka is possible. Dinner at a typical restaurant in the Karkonosze Mountain style on request. Overnight in Wrocław.

Drive back to Cracow, on the way, we have planned a visit to the Bernardine monastery complex in Kalwaria Zebrzydowska. It is the second most famous Marian shrine in Poland annually visited by almost one million pilgrims and tourists. The Calvary Hill, included on UNESCO’s World Cultural Heritage List, was arranged 400 years ago as a replica of the hill Jerusalem. The Via Dolorosa leads through 42 chapels. In Cracow, possibility to participate in a guided walk through the Jewish quarter of Kazimierz including dinner and Klezmer concert. Overnight in Cracow.