UNESCO, United Nations Educational, Scientific and Cultural Organization, was founded in 1945. The organization seeks to encourage the identification, protection and preservation of cultural and natural heritage around the world, considered to be of outstanding value to humanity. This is embodied in an international treaty called the “Convention concerning the Protection of the World Cultural and Natural Heritage“, adopted by UNESCO in 1972. Cultural heritage refers to monuments, groups of buildings and properties of historical, aesthetic, archaeological, scientific, ethnological or anthropological value. Natural heritage refers to outstanding physical, biological and geological formations, habitats of threatened species of animals and plants and areas of scientific conservation or aesthetic value. The first Polish building was entered on the World Heritage List in 1976. During this journey, you will discover the most impressing Polish objects in the northern part of our country that are listed and protected by UNESCO. 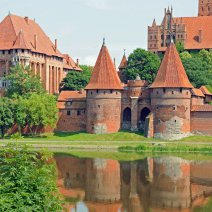 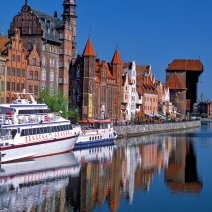 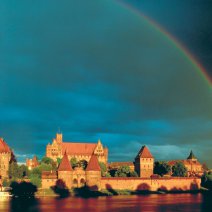 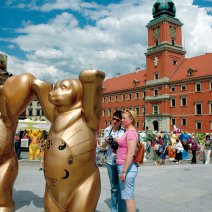 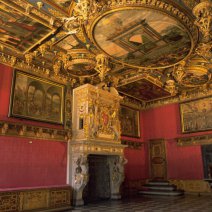 Arrival in Gdańsk or Warsaw, domestic flights from Warsaw to Gdańsk are available. Overnight in Gdańsk.

The day starts with a comprehensive sightseeing tour of the so-called Tri-City which consists of Gdańsk, Gdynia and Sopot. It is also the “City of the Solidarity“, as here in the shipyards began the strike, under the leadership of Lech Wałęsa, against the communistic system. His list with requirements was entered to UNESCO’s list of World History. Furthermore in Gdańsk, you will visit the Old Town with its beautiful City Hall, St Mary’s Church and Arturs Court. Then, visit to Sopot, a noble holiday resort, where you can find the longest wooden pier in Europe. After a visit to the harbor in Gdynia, you drive to the monumental Oliwa Cathedral, where you will listen to an organ concert. On request, dinner can be arranged at an Old Town restaurant furnished in the typical Gdańsk style. Overnight in Gdańsk.

Today an excursion to the Słowiński National Park is planned, which is included in UNESCO’s list of World Biosphere Reserves since 1977. With the forest gone, huge shifting dunes came into being and they are the greatest attraction of the park. On your way back to Gdańsk, you will see the exceptional landscape of the Checkered Land and Kashubian Lakeland, where dinner with a typical regional folk show can be arranged. Overnight in Gdańsk.

Driving from Gdansk to Malbork, you should not miss a visit to Malbork castle. The brick castle of Malbork is the former seat of the Grand Master of the Teutonic Order, the biggest structure of that type in medieval Europe and registered on UNESCO’s World Heritage List. The castle is surrounded by defensive walls with gates and towers. After that, a city sightseeing tour of Toruń incl. visit to the Copernicus family house with museum. Torun is the birthplace of Nicolaus Copernicus. The city which sits on both banks of the Vistula river has the greatest wealth of Gothic architecture in Poland. Its medieval center with the original urban layout has been entered on UNESCO’s World Cultural Heritage list. There is the Old Town Square with its Old Town Hall in the middle. From the top of the town hall tower enfolds a fine panoramic view. Other monuments include the statue of Copernicus, three Gothic churches, Copernicus family house, city walls and gates, the ruins of the Teutonic Knight’s castle and the Crooked Tower. You can also find many museums, a planetarium and an open-air museum. Overnight in Toruń.

You leave Torun in the morning and drive to Poland’s capital, where our guide awaits you for a city sightseeing tour. The whole area of the Old Town is the only post-war reconstruction that has been included on UNESCO’s World Heritage List. Walking through the Old Town, it is hard to imagine that this historical part of Warsaw lay in rubble in 1945. The original constructions predominantly dated back to the 16th and 17th centuries and all had different facades. Many local shops, restaurants and cafe houses had a long tradition. Some buildings on the northern side of the square are interconnected to form the premises of the Historical Museum of Warsaw. Overnight in Warsaw.

Free time for individual visits or shopping or a guided visit of the Royal Castle. After Poland regained independence in 1918, it became the residence of the President of the Republic. Bombed in September 1939, it was blown up by the Nazis in 1944. The reconstruction of the Castle was funded exclusively from contributions of individual Poles at home and abroad. It is a prime monument of national history and culture. Each year, hundreds of thousands of visitors enrich their knowledge of history and deepen their aesthetic appreciation within its walls. It provides the setting for cultural events and official state ceremonies, as well as visits by figures from international political life.