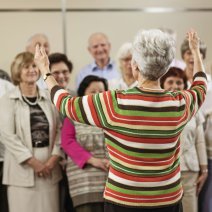 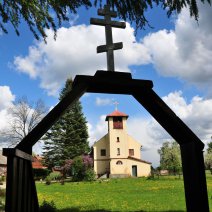 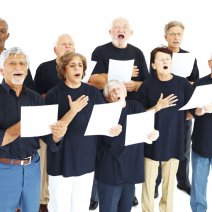 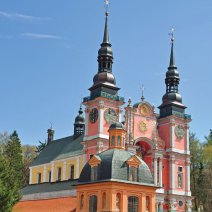 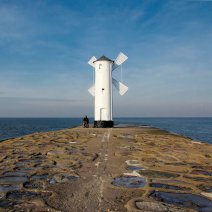 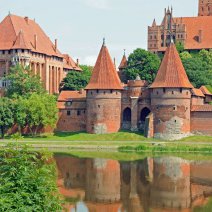 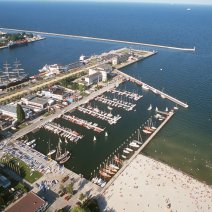 Arrival in Warsaw, Poland’s booming capital with two million inhabitants and a lot of interesting and fascinating monuments and sites. In the evening, guided Old Town walk. Overnight in Warsaw.

Day 2: Marian Shrine of Our Lady

In the morning, a city sightseeing tour of Warsaw including the most significant spots like Old Town, totally destroyed during the 2nd World War, the Royal Castle, the building of Polish National Opera and the Łazienki Park with Chopin’s monument. Along the Royal Route, you will find many churches and old palaces, including the Church with the urn with Frederic’s Chopin heart. In the afternoon, drive to Olsztyn, the capital city of the “Land of 1000 lakes”. On the way, you can visit the Marian Shrine of Our Lady in Gietrzwałd, known as the Polish Lourdes. Guided Old Town walk in Olsztyn and overnight.

After breakfast, a sightseeing tour of northern part of Masurian Lake District. Wolf’s Lair -  Hitler’s headquarters at Gierłoż, which is one of the most sinister places in the region is definitely worth a visit. Afterwards, you visit the monastery of Święta Lipka. Its Jesuit monastic complex is considered the most beautiful baroque construction in Poland. Built in 1721, its baroque organ has figures of saints and angels that can be put in motion. After short  presentation of the organ, your chorus will give a concert in the basilica. The last programme of today is a boat cruise on one of the Great Masurian Lakes. We can organize your dinner as barbecue. Overnight in Masuria.

During today’s sightseeing tour, you will admire the highlights of the southern part of Masuria including the Old Believers’ monastery in Wojnowo. You drive through the Pisz Forest to reach the Krutynia River, where you can enjoy a boat cruise admiring a unique aquatic fauna and flora. Afterwards, you can try a fresh-caught fish in a local restaurant. A guided walking tour through the Pisz Forest gives you an opportunity to get acquainted with unspoiled nature. Our last station is Poland’s summer capital – Mikołajki, located in the middle of large lakes in a beautiful landscape with its yacht harbor. In the evening, you can take part in the “Farmer’s wedding”. Overnight in Masuria.

You leave the “Land of 1000 Lakes” and drive to Gdansk via Malbork. Visiting the brick castle of Malbork, which is registered on the UNESCO’s World Heritage list. It was a seat of the Grand Master of the Teutonic Order and the biggest structure of that type in medieval Europe. The Grand Master’s palace is believed to be the top achievement of the late-Gothic style. We recommend a boat cruise on Elbląg canal, built in 19th century, where the ship moves through a lake, a canal and a meadow. You can enjoy your dinner in one of the traditional restaurants in the Old Town. Overnight in Gdańsk.

During today’s city sightseeing tour, you will admire the very best of the a thousand years old Gdańsk as well as of Gdynia and Sopot, together with Gdańsk the so-called Tri-City. Guided walk through the Old Town of Gdansk with its picturesque backstreets and impressive gothic St Mary’s Church and the Neptune Fountain, a symbol of Gdańsk. Gdynia is famous for its harbour and in Sopot there is Europe’s longest pier. You will also visit the Oliwa Cathedral famous for its 18th century organ and listen to the short organ concert. Afterwards, the highlight of the day – your chorus will give a concert  in the Sanctuary of Our Lady of Fatima in Gdańsk. Overnight in Gdańsk.

Drive to Torun and a sightseeing tour of the city, the birthplace of Nicolaus Copernicus. Torun is proud of its Old Town, which has been added to UNESCO’s World Cultural Heritage List. Founded in 1233 by the Teutonic Knights, the city is home to many splendid examples of historical architecture. The house where Copernicus was born houses a museum, in which the collection of documents and instruments from the epoch can be viewed. Worth a visit is also Europe's only real-live Gingerbread Museum - a fully functional 16th century gingerbread factory. Drive to Warsaw. On request, we can organize a private Chopin piano concert with a glass of champagne during the break. A farewell-dinner can be arranged in a local restaurant. Overnight in Warsaw.