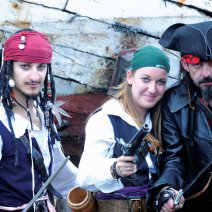 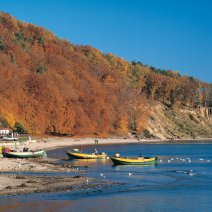 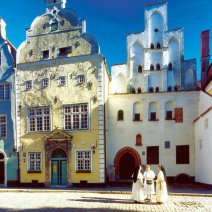 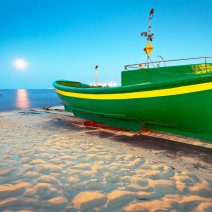 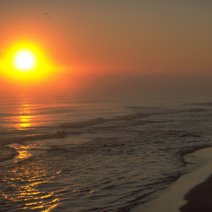 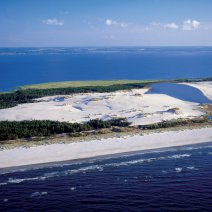 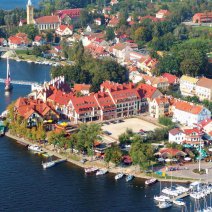 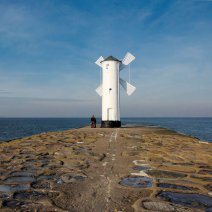 Arrival in Gdańsk or Warsaw; domestic flights from Warsaw to Gdańsk are available. On request, a welcome dinner can be arranged at the Old Town restaurant. Overnight in Gdańsk.

After breakfast, a sightseeing tour of Gdańsk, which was a very strong member of the Hanseatic League for a long time and played a leading role in the union. You will discover the pearls of Gdansk at the historical Old Town. Long Street and Long Market are lined up with richly ornamented old housed and historical buildings. The Artus Court is one of the most magnificent buildings of this type in Europe and the Neptun Fountain is a symbol of Gdansk. Another symbol of the city is the Gdansk Crane, the biggest medieval port crane in Europe, situated at the waterfront of the Motława River. St Mary’s is the oldest brick church in Europe and at the Oliwa Cathedral you will listen to an organ concert. In the afternoon, free time or visit to the adjacent seaside spa of Sopot with Europe’s longest wooden pier and the port city of Gdynia. We can also arrange a boat cruise through the harbor. Overnight in Gdańsk.

You leave Gdańsk and drive to the Masurian Lakes District – a region where the complex of Poland’s largest lakes is set in a beautiful landscape. On the way, we recommend a visit to Malbork Castle, the former seat of the Grand Master of the Teutonic Order. It is registered on the UNESCO World Heritage List. The Grand Master’s palace is believed to be the top achievement of the late-Gothic style. Drive to Olsztyn and a city sightseeing tour of the Masurian Region’s capital. Overnight in Masuria.

After breakfast, drive through the Masurian Lake District to the Lithuanian border and further to Vilnius – the capital of Lithuania. On the way, you visit the Trakai, the former capital of the Grand Duchy of Lithuania, situated on an island in the midst of Lake Galve. Visiting the five-storey, redbrick fortifications of Trakai Castle, which were constructed by the Grand Duke Vytautas in the second half of 14th  century. It is the most famous and most photographed castle in Lithuania. Overnight in Vilnius.

Breakfast and a city sightseeing tour of Vilnius. Its Old Town is among the most extensive in the Eastern Europe, occupying the total of 359 hectares and containing about 1500 buildings. Because of its unique mixture of the different architecture styles represented, UNESCO included Vilnius Old Town on the World Culture Heritage List. Such churches as St Anne's, St Peter's-and-Paul's, the Cathedral are real masterpieces of architecture. Worth a visit is also the Gediminas Castle from the 14th century, which today houses the museum of Lithuanian history. Vilnius owns the oldest University in Eastern Europe, founded in 1579. The afternoon is free for individual visits or shopping. Dinner can be served at one of the local restaurants. Overnight in Vilnius.

You leave Vilnius in the morning and drive to Siauliai via Kaunas, the second largest city in Lithuania. On request, a city sightseeing tour including the Old Town, which is the concentration of the most important ancient architectural monuments: the 13th century Castle, the Old Town Hall, nicknamed the "White Swan", the Archicathedral Basilica, the Church of St Francis Xavier and the Jesuit monastery, Perkunas House and Vytautas Church. Drive to Siauliai, which was founded in 1236 after the famous victory over the Teutonic knights at Saule and visiting the Hill of Crosses, the first of the hundreds of crosses which honour the dead were planted after the tragic peasant rebellion of 1860. After that, you cross the Latvian border. Overnight in Riga.

After breakfast, a city sightseeing tour of Riga, the capital of Latvia and a jewel of Renaissance. The city sightseeing tour includes the most significant sights of Riga and begins along the central boulevards of Riga, enjoying the view of the City Canal parks, the Bastion Hill, the Powder Tower, the Latvian National Theatre, the Art Nouveau buildings of the beginning of the century, the Freedom Monument, University of Latvia, the Opera House and the Daugava River with its bridges. In Old Riga you will see the Dome Cathedral, the Church of St Peter, the old Guild Houses, the Swedish Gate, the architectural ensemble Three Brothers, St Jacob's Church, the Parliament House, Old Riga Castle, and see the many wonderfully restored buildings, now housing cosy restaurants, cafes, bars and souvenir shops. We can arrange your dinner at one of the local restaurants. Overnight in Riga.

In the morning, drive to the Estonian border and further to Tallinn. On the way, we recommend visiting Pärnu - Estonia's summer capital. The town's placid white sandy beaches, parks, and charming old city beckon to local and foreign tourists alike. After arrival in Tallinn, a city sightseeing tour of Estonia’s capital including its fabulous medieval Old City, placed on UNESCO’s Culture Heritage list, the towers "Fat Margaret’s" and “Kiek in de Kök”, which was the most powerful cannon tower in 16th century in Northern Europe, the Town Hall, St Olav's and St Nikolay's medieval churches and the House of the Brotherhood of Black Heads, which is the only preserved Renaissance building in Tallinn. You can enjoy your farewell dinner in one of the local restaurants. Overnight in Tallinn.