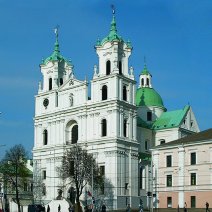 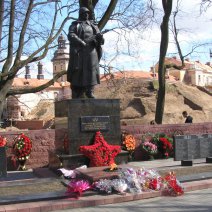 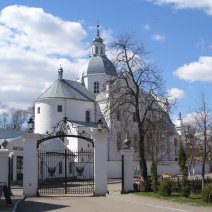 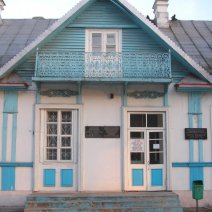 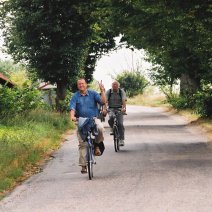 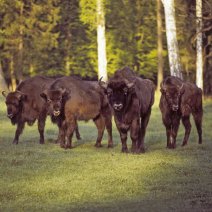 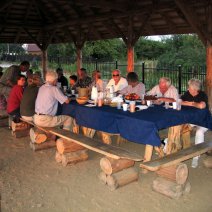 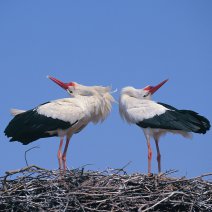 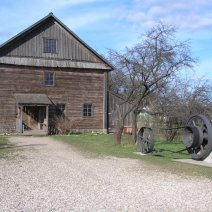 Arrival in Warsaw, fast-growing metropolis, Poland’s booming capital with more than 2 million inhabitants, a city full of interesting monuments of architecture, more than 30 theatres, about 50 museums and a variety of art exhibitions. Overnight in Warsaw.

In the morning, a city sightseeing tour of Warsaw including the most important tourist attractions including the New Town, Old Town, Royal Route, Łazienki Park as well as the modern city centre with the Palace of Culture and Science, a gift from the former Soviet Union and a symbol of Warsaw. Visiting the Royal Castle in the Old Town, which is the prime monument of national history and culture, and lunch in one of local restaurant is highly recommended. In the afternoon, drive to the Polish-Belarusian border in Terespol/Brest. Meeting your English speaking guide, check-in and overnight in Brest.

During its history, Belarus was incorporated into such powerful states as the Great Lithuanian Principality, Rzeczpospolita, the Russian Empire and the Soviet Union. Belarus is situated in the very heart of Europe and attracts tourists with the beauty and charm of the local landscapes, culture and numerous historical monuments as well as hospitality and cordiality of Belarusian people. A city sightseeing tour of Brest including the Brest Fortress, which was built on the site of an ancient castle, which stood there from 14th till 18th century. After that, drive via Baranavicy to Nyasvizh. After a visit to the Catholic Church of St Corpus Christi, the first baroque building in Eastern Europe, which was built in 1593 as a church of the Jesuits’ Monastery, a sightseeing tour of Palace and Castle complex. In 2005 it was placed on the UNESCO World Heritage List. On request, lunch at a local restaurant and drive to Minsk. Overnight in Minsk.

After breakfast, a city sightseeing tour of Minsk, the Belarusian capital with almost 2 million inhabitants, one of Europe’s greenest cities. Minsk is often referred to as “the totalitarian face and the character of renaissance Italy” as most of its buildings were built in the 20th century. Almost all historical monuments and interesting sites can be found in the Upper Town. During the sightseeing tour you will visit the City Hall, the Blessed Virgin Catholic Cathedral and the former Collegium, the Holy Spirit Orthodox Cathedral, erected in 17th century and Victory Square with a 40-meters-tall obelisk, commemorating the victory over Nazi Germany. In the afternoon, visiting an Ethnological museum in Zaslav, located several kilometers from Minsk and tasting the specialties of Belarusian cuisine. Overnight in Minsk.

You leave Minsk and drive along the Neman River to Grodna, a city with more than 300,000 inhabitants, a big regional centre of western Belarus. Grodna is also well-known as a multi-religious and multicultural city, where Russians, Poles, Lithuanians, Tatars, Germans, Jews and Ukrainians established their national societies. The sightseeing tour includes the Old (14th – 15th  century) and New Castles (18th century), beautifully located by the Neman River, and Grodna Roman-Catholic Cathedral of St Francis Ksavery, former Jesuits Monastery, founded by the Polish king Stefan Batory. Worth a visit is also the St Bernhard Monastery and Orthodox Pokrovskaya Church. On request, we can arrange a boat cruise on the Neman River. Overnight in Grodna.

After breakfast, we leave Belarus and drive back to Poland. A city sightseeing tour of Białystok, the biggest city of the Podlasie region. The most admired monument in Bialystok is the late-baroque Palace and Park complex of Branickis’ family. The next stop is Tykocin, a centre of Jewish culture to visit the synagogue from 17th century, which houses a Jewish museum. You continue the journey to Białowieski National Park, Europe’s last Primeval Forest, entered on UNESCO’s list of World Biosphere Reserves and of Cultural Heritage. You enjoy a barbecue dinner and bon fire at the hotel’s garden. Overnight in Białowieża.

After breakfast, a sightseeing tour of Białowieża, located in the middle of Białowieski Forest, in the past - the favourite hunting place for Lithuanian princes, Polish kings and Russian Tzars. You visit the Orthodox Church and Parish, which is famous for its iconostas made of Chinese porcelain, a unique monument of this kind in Poland and the Natural History Museum of the Białowieski National Park. The highlight of the day is guided walking tour through the strictly protected reserve, where you can admire Europe’s oldest primeval forest, where the trees have been growing without human interference. Afternoon free or visit to the palace park, where you can admire about 100 tree species and rare plants. In the evening, we can arrange dinner with venison specialties in “Carska” restaurant, located in a unique architectural monument - a wooden railway station built exclusively for Tsar Nicholas II. Overnight in Białowieża.

During today’s excursion you will visit the European Bison Breeding Reserve, where you can admire the European bison, in close to natural conditions. In the demonstration section you can also see the żubrońs, a cross between a bison and a cow, the tarpan, a Polish cousin of the extinct wild Ukrainian steppe horses as well as elks, deer and wild boars. Drive to Warsaw with stop in Hajnówka to visit the original modern Orthodox church. Your farewell dinner can be arranged in one of local restaurants. Overnight in Warsaw.