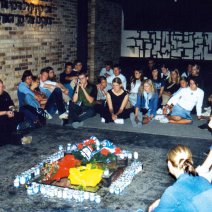 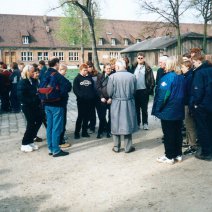 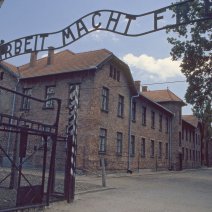 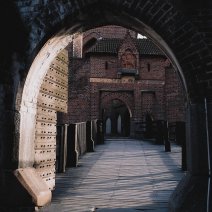 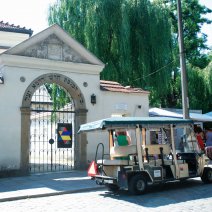 Arrival in Cracow and transfer to the hotel. Our programme during the next days leads you to the places, spots and original scenes, where Oskar Schindler spent most of his time during his stay in Poland. In hommage to Schindler, Steven Spielberg has made a film entitled Schindler’s List, which has won seven Oscars. The German Schindler was born in Zittau and after his military service worked in his father’s company. When it went bankrupt, he started to work as a salesman in electronics. To receive more lucrative orders, he decided to become a member of the German National Socialistic Party NSDAP in 1939. Then he left for Cracow in order to get rich during World War II. He co-operated with the Nazis and thanks to corruption, his factory became bigger and bigger. That is why he started to employ Jews from the nearby Płaszów prison. Schindler, who, in his youth, had more contacts with Jews then with Arians, gradually understood there tragedy as he witnessed chicanes, attacks and murders that Jews fell victim too. Extremely shocked, he lost his influence and worked on a secret plan to free the prisoners. Putting his own life at risk, he saved that of 1100 Jews. In 1961, the survivors and their descendants planted a tree to Schindler’s honor in Israel. He died in 1974 and was buried in Jerusalem – the last wish of the not always incontested German.

A city sightseeing tour of Cracow. You will admire once the biggest medieval Market Square in Europe and the Cloth Hall, the heart of the city. In the afternoon, you will listen to a lecture on the subject “Jewish culture in Cracow – past and present“. This lecture is a very good introduction to the programme themes in the following days.

Today, you will follow the Oscar Schindler track. The first station is Schindler’s factory, a place of refuge for several hundred Jewish prisoners. You will also visit Schindler’s dwelling-house, a villa of the prison commander, Płaszów prison and the area of the former ghetto. In the afternoon, we offer an optional visit to the Jewish quarter of Kazimierz with a synagogue, ”Adler“ pharmacy and a cemetery. In the evening, dinner is possible at a Jewish restaurant incl. a Klezmer concert.

Excursion to Auschwitz and Birkenau, a poignant testimony to the enormity of Nazi crimes. From 1940, it was the location of a concentration and later of an extermination camp. By January 1945, around 2 million people had been killed here, mostly Jews and Gypsies, as well as political prisoners. The camp was designed to be an organized death factory. The barracks, once crammed with prisoners, the torture and excursion sites, the rail tracks leading straight to the camp, all remain on place to bear witness to this appalling cruelty. You will also watch the film made by the Soviet troops during the camp’s liberation.