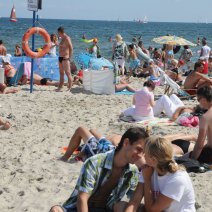 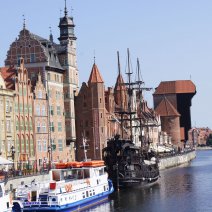 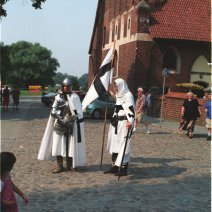 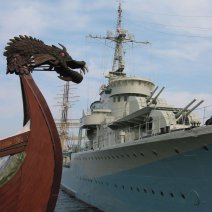 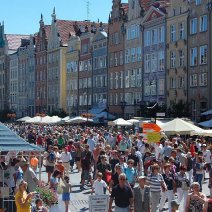 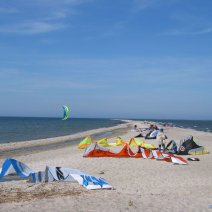 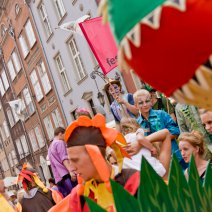 Arrival in Gdańsk and meeting with our tour guide. Gdańsk was the seat of Solidarność (Solidarity), a trade union that started the protests against the communist regime in the shipyard. Lech Walesa, a docker, was the leader in the underground when Solidarność was prohibited. He became head of state in 1990 and was the president of Poland between 1990-1995. Gdańsk is the biggest city along Poland’s Baltic sea coast. Together which has Gdynia and Sopot it is called Tri-City with 750.000 inhabitants. The golden prosperity of Gdańsk dates back to the times of its membership in the Hanseatic League. For many years the city was an apple of discord between Poland and Germany, so the history of these two nations is closely interconnected. In a short distance from here, the first bombs of World War II were fired. Today, Gdańsk presents itself splendidly. The Tri-City offers diversified programmes and is well known for its nightlife. The surroundings is very attractive for visitors.

In the morning, visit to a Polish school and meeting/discussion with pupils and teachers. You have the chance to see an English lesson. Afterwards, city sightseeing tour of Gdańsk incl. the most important sights. In the evening, visit to a youth club. During such meetings, people sometimes make friendships that last for a lifetime.

Excursion to Sztutowo, where you visit a former Nazi concentration camp. In the area, there are: a memorial, barracks and an exhibition. The highlight of the day is a visit to Malbork, about 55 km from Gdańsk. Here, you will admire a huge Teutonic Knight’s castle. It was the main seat and administration center of the whole crusader’s state.

Visit to the Westerplatte. From this point, a German warship “Schleswig Holstein” bombarded the inhabitants of Gdańsk at the beginning of World War II, although it had come to the harbor supposedly with peaceful intentions three weeks earlier on occasion of a parade. What does a typical Polish enterprise looks like? You will find answers to this question during today’s visit to a factory. Afterwards, you will listen to a lecture on the economic and social situation of Poland. Other subjects of the report will include Poland’s membership in the European Union and old problems connected with the transition from planned economy to free economy in the early 1990’s.