Track profile: Sparsely populated region and little traffic. Roads are mainly in a good condition. Many curves in the Eastern and Lower Beskids. On arrival and departure must be expected a high traffic volume in the Silesian conurbation.
Duration: 8 days
Travel distance: approximately 2,350 km in Poland
Recommended period: May-September

The region takes its name from the fact that many towns were designed by Italian architects. The comfortable and stress-free way of life of the inhabitants matches the Italian original, the hilly landscape as well. The neighboring region of Eastern and Lower Beskids are considered the most sparsely populated area of Europe. Its scenic high mountain meadows are lonely, raw and wild romantic. Here and there wooden Orthodox churches can be found. Visitors appreciate the seclusion of the region and its bigger cities such like Przemyśl and Rzeszów are rather small but friendly and interesting. 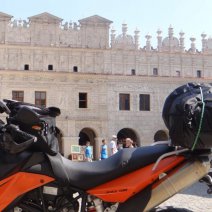 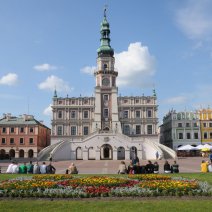 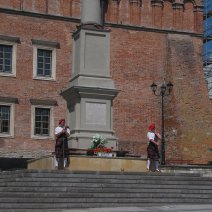 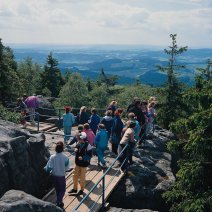 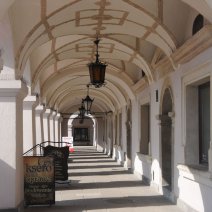 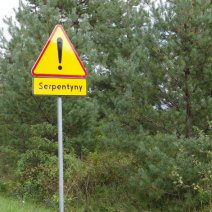 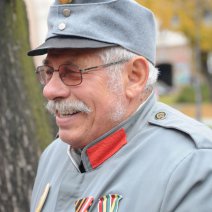 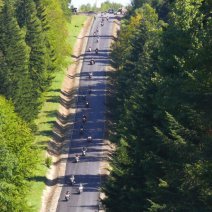 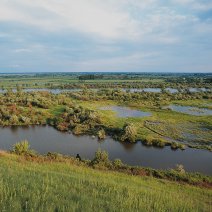 (Distance app. 340 km in Poland) Arrival to Katowice, center of the Upper Silesian mining and industrial area. The city was founded in the 16th century thanks to rich coal and ore deposits in the area. After World War I, a referendum under Allied occupation in Upper Silesia was agreed and over 60 % of the voters were to remain to Germany. Nevertheless, Upper Silesia was divided and cities such like Katowice and Chorzów became Polish in 1922, but the population of German nationality is still considerable. The previously coal and steel region is changing now its structure to modern industries and services. If time permits, we suggest a city walk in Katowice as well as an excursion to the neighboring city of Zabrze, whose former name was Hindenburg and where you can visit the mining open-air museum “Queen Louise”. Overnight in the Katowice area.

(Distance app. 360 km) Passing Cracow you proceed then to Jarosław. The cute little town adorned herself earlier with the biggest Eastern European grain market and its Renaissance town hall dates from the mid-16th century. Then drive to Łańcut. The castle from the early 17th century has remained perfectly preserved. Today, two museums attract visitors, one with a permanent exhibition of historic interiors, the other with a European-wide unique collection of carriages. Furthermore, you can find an English garden as well as a synagogue dating from the 18th century. And here in Łańcut you are now already in the middle of the Polish Tuscany and it not far to Rzeszów to overnight. The capital of the Carpathian region is an important transportation hub between Slovakia and Ukraine. The new and old-urban synagogue, the neo-classical Town Hall on the beautiful market square, baroque buildings and villas shape today’s appearance. Overnight in the Rzeszów area.

(Distance app. 350 km) After breakfast drive to Krosno, elected in the top ten list of most livable cities in Poland. The “Building of General Education” regarded as the finest school all over the country and in the town you will find an intact medieval and Baroque city center. The enchanted rock Reserve Prządki and the mountains of the Lower Beskids are popular attractions in the vicinity. And the cruising tour leads you deep inside the Beskids and Carpathians to the Polish-Slovakian border area. You drive through the Magura National Park, which includes the biggest part of the Lower Beskids with amazing canyons. Bears, wolves, lynx, owls and eagles represent the fauna of the reserve. In good weather, a trip can be done to the Bieszczady National Park in the Polish-Slovakian-Ukrainian border region. The park extends around Mt. Tarnica, with 1,346 meters highest peak in the Western Beskids. Characteristic are the steppe-like grasslands and beech forests. In the Biosphere Reserve bears, wolves and bison are found. Everyone who is more interested in modern times, technic and craft, should go to Bóbrka. The local open-air museum of the oil industry, displaying the first oil well in the world from 1854. Two petroleum extraction points are still in operation, boreholes and former used tools can be visited. On the way you pass the village of Sanok, which has been preserved in its medieval form. A Renaissance castle, the baroque Franciscan monastery, the local museum with a large and valuable icon exhibition and the Orthodox Dome are the major attractions in the center. 15 kilometers far from the city center one of the most beautiful open-air museums in Europe with more than 100 wooden buildings typical for the Polish-Ukrainian border country style is located. Drive to Przemyśl, only 8 kilometers far from the Ukrainian border. The “City of three cultures” is still dominated by centuries-long influence of Ukrainians and Jews. In the Old Town you can see Baroque houses and churches as well as Art Nouveau buildings. In the suburbs of Przemyśl a big fortress can be found, which was right after Antwerp and Verdun the third largest in Europe. Overnight in the Przemyśl area.

(Distance app. 195 km) Today it is quieter and shorter than in the previous days. You cruise to Leżajsk to discover the town hall and houses from the 18th century. Worth a visit is the Renaissance church with Cistercian abbey. It is said to possess the most beautiful visually and acoustically organ of Poland. You continue the drive through Zwierzyniec and Roztoczański National Park with its up to 50 meters tall pines. The park is famous for interesting plants, orchids and semi-wild Tarpan horses, that could survive here thanks to centuries of breeding. Arrival to Zamość, where you will be met by our tour guide for a city walk. In 1933, the Old Town became a part of UNESCO World Heritage Site. Because of the characteristic city gates, the imposing town hall with a high tower, sweeping staircases and town houses with arcades, Zamość is called a “Pearl of the Renaissance”. Every visitor is amazed! A real gem in the city ensemble is the Collegiate from the 16th century. In this period the city was built on an open field as a complex urban and architectural idea. The project was brilliantly thought out precisely performed, an interplay of Polish craftsmen and Italian urban planners and the city was characterized by Armenians, Greeks and Jews. Overnight in the Zamość area.

(Distance app. 240 km) The first stop of the day is Nałęczów, a famous national health resort. After that, a city tour in Kazimierz Dolny. Painters are inspired by the beauty of Kazimierz which explains the nickname “City of Artists”. Many intellectuals, artists, painters and sculptors have actually settled here and around the market square there are many drawing and painting students of the Academy of Arts. The houses of the Old Town are almost 500 years and older. A second nickname “Pearl of Polish Renaissance” comes from the symbiosis of picturesque scenery, valuable buildings and the idyllic location at Vistula river. Continue to Kozłówka, whose baroque palace is one of the best preserved residences. The French-style garden features harmonious symmetry. Then a surprise is waiting for you! In the Sculpture Park and Exhibition of Social Realism, busts and monuments of Marx, Engels, Lenin, Stalin and other specialists are on display. You continue along the East with target Lublin, a significant and medieval town with numerous churches, town houses and fortifications. Main building is the castle with a round tower, Gothic chapel and Folk Art Museum. Those interested in history, can visit a German concentration camp from World War II in the suburb Majdanek. Overnight in the Lublin area.

(Distance app. 200 km) The Renaissance castle in Baranów Sandomierski is decorated with lovely arcades, the gardens and fountains invite you to a relaxing stroll. The magnificent aristocratic residence is very well preserved and a part is used today as a hotel. Then drive to Sandomierz, an unique and incredible city, the heart of the Polish Tuscany. The “Little Rome” is located on a high cliff above the Vistula River and is one of the most picturesque places that Poland has to offer. The historic Old Town with the Gothic Town Hall is absolute unique and a local guide shows you the nicest places in the city. After that you have the opportunity to participate in an underground tour, because under the Old Town there are interconnected storage cellars building together a 470 meters long visitor route. In Sandomierz you certainly feel the Italian atmosphere! Should you prefer a ride on your bikes, the nearby Vistula Valley is good for a round trip. Overnight in the Sandomierz area.

(Distance app. 470 km) You leave the Polish Tuscany towards Lower Silesia. In the today’s destination Wrocław you should definitely take time for a city tour. The Old Town Market Square is surrounded by many restaurants, cocktail bars, cafes and trendy shops and offers something for every taste. 100,000 students make the city, awarded with the title “European Capital of Culture 2016”, alive. The mansions of the Old Town are beautifully restored and Wrocław has recently developed into a real tourist attraction. Overnight in the Wrocław area.

(Distance app. 165 km in Poland) After breakfast departure. Depending on your destination, we organize a stopover on request.