Cruising and touring in a pristine landscape

The Masurian Lake District is divided into about 4000 lakes, rivers and waters. Almost all are connected to each other, either by natural rivers or technical fascinating canals. Our motorcycle tours lead through villages and partly left to itself nature, where you can meet protected animals and plants. The storks with their nests are almost a part of the panorama and thus the characteristic animals of the region. Quaint restaurants with typcial traditional dishes can be found along the main roads and scattered are the mighty Crusader castles of the German Knights in typical brick Gothic style. Probably no other region of Europe is able to awaken such longings as Masuria in North-Eastern Poland. Untouched nature, forests and reserves, clear lakes and lush green tempted to dream. Poland’s „green lung“ has preserved a treasure: a life with nature, without heavy industry, with retention and preservation of traditions and sustainable tourism. Countless crystal clear lakes, deep forests, lush green meadows and fantastically beautiful tree-lined avenues guarantee lots of riding fun and unforgettable impressions. 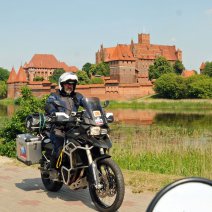 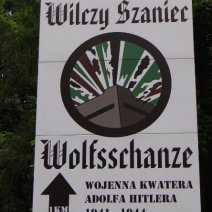 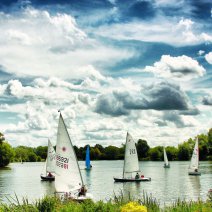 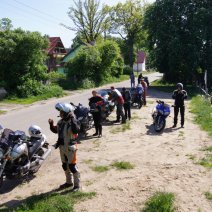 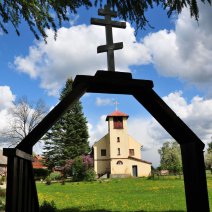 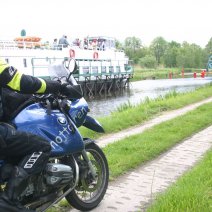 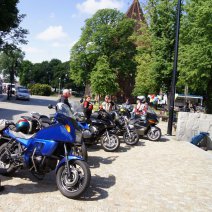 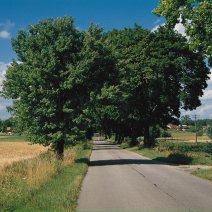 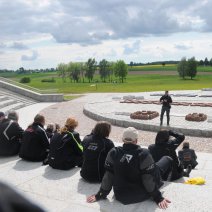 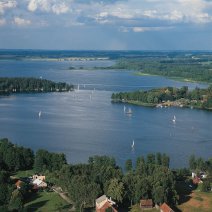 (Distance app. 330 km in Poland) Arrival to Toruń, where a city walk is recommended. Toruń is the birthplace of Nicolaus Copernius and one of the most beautiful medieval cities in Poland. Due to the 300 medieval monuments in the Old Town Toruń was included in the UNESCO list of World Heritage Sites in 1997. The magic of the red brick walls in the Gothic town is further enhanced by the Vistula river in which the town houses are reflected. The old granaries are the reason why Toruń was included in the Hanseatic League, although the port is far from the sea. In addition to the Copernicus’s Birthplace with museum, the „Leaning Tower“ and the theatre building looking like e bookcase are real magnets for tourists. Also famous are the Toruń gingerbreads, which are produced since the 14th century as a speciality of the city. If you want to learn more about the art of gingerbread baking, you can get further information in the original gingerbread museum and try out baking your own souvenir from Toruń. Overnight in the Toruń area.

(Distance app. 270 km) You are leaving Toruń after breakfast and drive to Ostróda. The town has been spruced up in recent years and built up a good tourist infrastructure. Around the Old Town with its Crusader Castle are 15 lakes and on the city lake in the center water skiers shows their skills on an electrical system. Furthermore, Ostróda is an ideal starting point for boat trips on the Elbląski Canal, which celebrated its 150th birthday in 2010 and is a valuable monument of hydraulic engineering as well as a tourist attraction par excellence. His world’s only in-service technical facilities such as inclined planes, security gates and locks exites a large interest over again. To cope with the enormous difference in the height of the water level of up to 100 meters, 5 inclined planes on a length of 100 kilometers were built, thanks to the ships are transportade on a special railway vehicle over land. Continuation of the journey to Olsztyn, after Königsberg/Kaliningrad in Russia the second biggest city of East Prussia. Although the picturesquely on a hill by the river Łyna situated city has a charming center with 750 years of history, the biggest attraction is the Gothic Castle, in which Nicolaus Copernicus worked. In the premises today a museum of local history is housed and during the city tour you should necessarily visit the fish market. Drive to the Large Masurian Lakes and overnight in the Mikołajki area.

(Distance app. 230 km) After the breakfast, we recommend a walk through the nice city of Mikołajki with its beautiful marina. The small town and tourist center is located at three scenic lakes and a very well starting point for boat trips on the Masurian Lakes. The first stop on the round trip is planned in Reszel, where Gothic bridges and an unusual City Hall can be admired. Walking through the narrow streets of the Old Town, visitors get to the Bishop’s Castle, a massive brick building. Drive to Święta Lipka, the „Pearl of Baroque“, where the local Jesuit monastery is one of the most magnificent buildings of Poland. Visit to the monastery and participation in a baroque organ concert with moving figures. Those interested in history can take a guided tour through the Wolf’s Lair in Kętrzyn. Here, hidden deep inside the Masurian woods, Adolf Hitler’s „Führerhauptquartier“ is located and known as the place, where Hitler survived the attack of the conspirators around Claus Graf Schenk von Stauffenberg. Despite the inglorious past, many tourists come to the bunker, which was blown up just before the arrival of the Russian army. If you are interested, guides should be ordered in a long term with us! Now you pass the city of Węgorzewo and drive around a bison reserve through the moorland „Puszcza Borecka“ in the border region to the Russian Kaliningrad. Today’s round trip will be completed in Giżycko, a famous and popular holiday resort situated between two lakes. Over a technically fascinating Swing Bridge, the only one of its kind in Europe, you get into the city center with a star-shaped fortress „Boyen“ from the 19th century and a worth a visit Protestant church. On request, today’s dinner in the hotel can be arranged as a barbeque. Overnight in the Mikołajki area.

(Distance app. 340 km) Today’s excursion takes you first to the Biebrza National Park. The largest Polish National Park is characterized by an impressive moorland and is considered the European wetland with the biggest expansion. The Biebrza river valley is the most important habitat for moose, wolves, beaver and many migratory birds and about 235 species of birds should be at home here. Near the park administration building remains of a Russian defense fortress have been preserved from the 19th century. Continue to Ausustów, a center for water-ski enthusiasts with a 740-meter-long, electrically driven towing system. Now, the tour continues through the Augustów jungle with Poland’s largest conifer forest to Sejny, only a stone’s throw from the border with Lithuania away. The town of Sejny has a Domican convent from the 17th century as well as the White Synagogue, standing together in harmonious unity. There has never been a homogeneous population here and Jews, Balts and Poles always lived together peacefully. The reserve in neighboring Wigierski National Park is dominated by the lake of the same name. In addition to 25 other small lakes and the Czarna Hańcza river, the landscape is dominated by bogs and marshy woodlands. Worth a visit is also the former Camaldolese monastery from the 17th century, picturesquely located on a peninsula. Today, the church and hermitage are used as a cultural center. The journey continues through Suwałki Lake District, where with Jezioro Hańcza Poland‘s deepest lake (108 m.) is located. Last stop of today’s round trip can be planned in Ełk. Main attractions of the Eastern Masurian city are the birthplace of the writer Siegfried Lenz and the Railway Museum with a 20-kilometer-long historical steam train route. Overnight in the Mikołajki area.

(Distance app. 130 km) Even today you discover the beauty of Masuria! Picturesquely situated on the edge of the jungle „Puszcza Piska“, the village of Wojnowo attracts with the Raskolniki monastery, a Pilippon monastery of Old Believers. The complex is surrounded by a wall with a modest gate and in the courtyard there are religious and economic buildings. Behind the complex at the lake is a small Russian Orthodox cemetery with historical crosses and very old trees. In the village center, a wooden Orthodox church with elaborate icons can be admired. Next station is Krutyń, where you can taste fresh fish specialities in the riverside restaurant. After that, we suggest a relaxing boat cruise on Krutynia river, which is famous as one of Poland’s most beautiful waterways. Now you are crusing through the summer resort Giżycko to visit the East Prussia local museum in Sądry. Here, a complete farmhouse retained and you will get fresh coffee and delicious cake, baked in a „cement mixer“. The owner, a lively and fun-loving Grandma, is an original and tells in a charming Prussian dialect stories from her youth from time to time jokes for adults only. Overnight in the Mikołajki area.

(Distance app. 370 km) It is difficult to say goodbye but you leave the Masurian Lake District today for a stopover in Gniezno. As the first Polish capital, Gniezno is full of culture and had its best times at the turn of the millenium. The famous „Gniezno door“ shows the martydrom of Saint Adalbert and in the monumental Gniezno Cathedral, the first king of Poland was crowned. Overnight in the Gniezno area.

(Distance app. 295 km in Poland) If time permits, we recommend a visit of Poznań – Cradle of the Polish state and major business center. A tourist center is the Old Market with valuable monuments and museums. The beautiful Town Hall with a famous „Goat Clock“ houses the City Museum and only a stone’s throw away visitors can see one of the most valuable Baroque churches in Poland. In the church of Cathedral Island, the first Polish ruler was baptized in 966, and in the basement there are tombs from the early Piast dynasty. More recently history poses with the „Poznań rising“ from 1956, when the inhabitants rose against the communist regime and the protests ended in bloody violences. Since 1920, Poznań is a host of many international fairs with a worldwide reputation. After that departure from Poland. Depending on your destination, we organize a stopover on request.